3 Reasons Why Ghosting After a Job Interview Can Haunt You

Decorations are out in full force and haunted houses are aplenty, but those are not the only ghostly activities job seekers are partaking in this Halloween season. Due to a strong labor market and employers struggling to find talent, job “ghosting” is on the rise. In fact, as many as two-thirds (66 percent) of U.S. managers have been snubbed by candidates who initially accepted a job offer after an interview, only to retract it — or disappear entirely — ahead of their start date.

A term once limited to the online dating realm, ghosting has become common in the hiring process. It may be tempting in the current job market, especially if candidates receive multiple offers, don’t feel valued by a potential employer, and/or experience poor communication during recruitment.

Even so, job seekers should avoid ghosting at all costs. Why? Because it burns bridges, and earning a reputation as someone who can’t be trusted is something workers never want to do in their professional career. A hiring manager is unlikely to forget being ghosted, and that bad karma is likely to follow a job ghoster in the future. 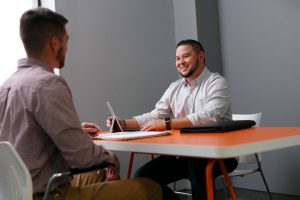 Candidates who are thinking about ghosting should be spooked from the potential professional downfalls. Here’s what to do instead:

Bottom line: don’t scare away future opportunities, big or small, by ghosting an employer. Being respectful and courteous goes a long way in today’s hiring environment, and professionals never know when their paths may cross again down the line.

As CEO and Founder of leading IT recruitment firm McCann Partners, Megan McCann and her team deliver IT recruitment with intention and integrity. They don’t just place talent. They create meaningful connections and mindful solutions, and take a deep dive into what matters to people and what businesses need to get ahead.